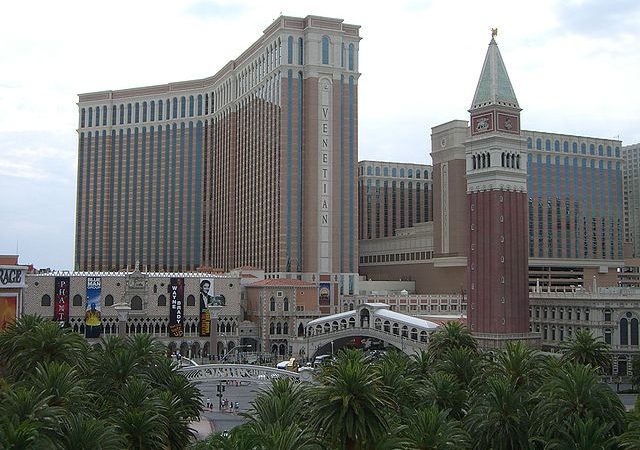 The recently deceased Sheldon Adelson was a mainstay of right-wing politics in the United Sstates with his support of neoconservative American politicians, the state of Israel, and Donald Trump with his source of wealth his creation of the Las Vegas Sands (NYSE: LVS) casino empire. He always looked after his business interests first and this led him to be one of the most effective opponents against online gaming in the United States, helping to end American online poker on “black Friday” of April 15, 2011. He wanted people inside his casinos playing and not at their homes where he could not get a piece of the action.

The new CEO of Las Vegas Sands (NYSE: LVS), Rob Goldstein, however, has now made a receptive turn towards online gaming. The company released its quarterly earnings report last week and held an analyst conference call. On this call Goldstein stated that as a company they want to get involved in it, saying “we are going to explore it. And again, the cab is we are in the making-money business. So there’s a way to make money, it’s intelligent and prudent,” although, “there’s nothing concrete. We’re simply looking, learning, observing, and just — there’s been some commentary that it’s my suggestion.”

In a way he may be have no choice as his competitors have been opening online sports betting apps in multiple states across the United States. The gaming industry when it comes to Las Vegas is at a low point right now. December showed the fewest number of visitors since May as the pandemic has rolled on. The Las Vegas Convention and Visitors Authority has reported a grand total of 19 million visitors for all of 2020, a plunge of 55% from 2019 and its lowest level in 31 years, according to LasVegasAdvisor.com.

However, this isn’t going to be a permanent situation. Rob Goldstein said, “there’s no question about it struggling. But you can’t help but think, there’s this thing that is the vaccine or whatever it’s going to take to fix this problem someday. Again, I want to reassure that we believe Las Vegas has plenty of gas in the tank. Our demand for ’22 through ’27 convention is unbelievable. Our customers want to come, and we remain very bullish on the return of Las Vegas. It may take longer than we want it to. It may take till the end of this year, as we see a visitation spike. But please don’t be among those people who have these ideas that this pandemic would put a hole in Las Vegas. And just the opposite, the demand will be there. This is a unique town.”