Sunday, 26 September 2021
You are here: Home Syndicate – WallStreetWindow.com Check This Out My New Book Why The Vietnam War? Is Now Out – Mike Swanson 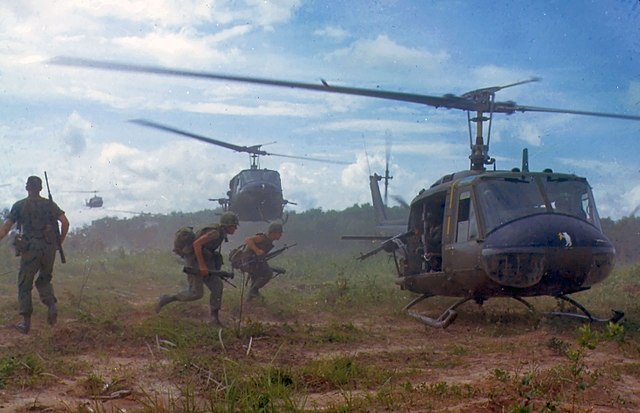 I’m happy to be able to tell you today that my new book Why The Vietnam War? is now released and available in paperback and kindle from Amazon.com. It is a sequel to my popular and well reviewed book The War State.

From the book description:

Why did the Vietnam War begin?

When most Americans today think of the Vietnam War they think of the period of time between the years surrounding 1966 to 1969, because that is when most American soldiers actually went to Vietnam so it persists in the collective memory of their culture. It is the period portrayed the most in movies about the war and documentaries too even though in reality the conflict over Vietnam actually began in 1945 when the communist Democratic Republic of Vietnam was founded and lasted until its victory over South Vietnam in 1975.

For instance, the popular Ken Burns ten episode TV series on the war released in 2017 had only one episode devoted to the time period 1945 to 1961. The series was more about the culture wars that began during those years of peak American involvement in the war and less about the causes of the war much less any real lessons that can be drawn from it, but this is also the period that most books about the war focus on too. It is hard for you to know why the Vietnam War happened without understanding how the United States first became involved in region from 1945 to 1961 before President Kennedy even sent advisors to Vietnam.

That is why this book starts right at the beginning to answer the question why did the Vietnam War really begin?

This highly anticipated book by the author of the well reviewed and popular The War State answers this question using the documented record, including some new files never used in a book before.

After you finish this book you may never view the war the same way ever again.

If you buy and read the book if you would leave a review after you finish it, because that will help book browsers on Amazon know whether or not they should buy the book. It takes reviews to get people who have never heard of you before to want to take a chance on a new book. Thanks!

Check This Out My New Book Why The Vietnam War? Is Now Out – Mike Swanson